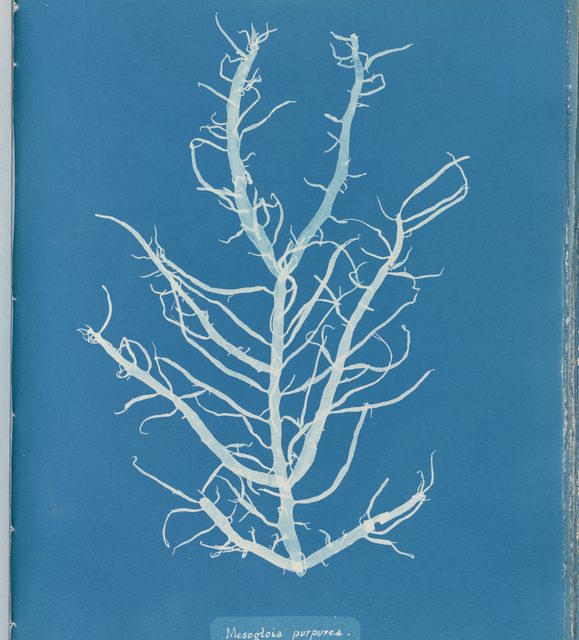 As most histories, photography history is mostly written as a male-dominated profession and art form. However, in the early days of photography, several women played key roles in its development as a profession, as well as an art form.

Photography was officially introduced to the world in 1839 by the French Academy of Science; however, the process of photography (“writing with light”) had been used for centuries in Camera Obscuras. The oldest photograph is dated 1826. Nicéphore Niêpce (France, 1765 – 1833) was the first person able to preserve an image on a piece of light sensitive paper after exposing it to sunlight for several hours of even days. When Niêpce suddenly died in 1833, his friend and associate Louis Daguerre (France, 1787 – 1851) perfected this photographic method by using silver plates and significantly reducing the exposure time, making the process available for the public use. Meanwhile, in England Henry Fox Talbot (1800 – 1877) invented the salted paper and calotype photo processes that would be the precursor for modern 19th century photography. Together, these three men are considered the inventors of modern photography. Due to its scientific nature and the costly processes, most practitioners of early photography were men.

However, this exciting new technology also attracted women. Constance Fox Talbot (England, 1811 – 1880), Henry’s wife, worked alongside her husband to perfect his photographic methods and is considered one of the first women to take a photograph in 1839. Anna Atkins (England, 1799 – 1871), who was friends with Henry Fox Talbot and the inventor of the cyanotype, John Herschel (England, 1792 – 1871), is also considered one of the first women to make photographs; she is actually the first person to ever produce a photo book. In October of 1843, Atkins self-published Photographs of British Algae: Cyanotype Impressions months before Fox Talbot’s world-famous book The Pencil of Nature (1844). Fox Talbot’s book would go down in history as the first commercially published photography book, since Atkins’s book was self-published. Although extremely rare, copies of Atkins’s book have survived and can be viewed, amongst others, at the British Library, the New York Library, and the Rijksmuseum in Amsterdam. Even more controversially, it wasn’t until 2008 that a photogram taken in 1839, always considered to be one of Fox Talbot’s many products, was available for auction at Sotheby’s. It caught the keen eye of an expert and lead to the discovery that the photogram was actually produced by Sarah Anne Bright (England, 1793–1866), a member of a very wealthy Bristol family and now considered the maker of the first surviving image made by a women.

One of the first professional female photographers is probably Bertha Wehnert-Beckmann (Germany, 1815–1901). Beckmann started a photography studio with her husband a photography studio in Leipzig, Germany in 1843, and continued to run the studio by herself after his death in 1847. When she moved to New York in 1849, she specialized in portrait photography and on her return to Leipzig in 1866, she transferred her NY studio to her brother and opened another new studio in Leipzig again. She also exhibited at the 1854 Erste Allgemeine Deutsche Industrieausstellung (First German Industrial Fair) with paper prints and daguerreotypes. She is best known for her portraits of children, but she also took photographs of architecture as well as nudes.

Virginia Oldoini (Italy, 1837 – 1899), Countess of Castiglione, was born into an aristocratic family and besides gaining fame as the mistress of Eemperor Napoleon III (the nephew of Napoleon Bonaparte), she played a major rolepart in photography history of the 19th century. She could beis considered the first “influencer,”, by using photography as a medium to put herself, her beauty, and fashion into the spotlight. Although she didn’t photograph herself, she collaborated with Pierre-Louis Pierson (France, 1822 – 1913)  to take the photographs while she would stage, decide camera angle, and control post-production of the image (how it was going to be colored in or retouched) as an art-director. In her photographs, she showcased her life in Parisian high society, from her legendary beauty to the elaborate ballgowns she would wear to balls and soirees as well as customs with which she recreated her favorite characters froorm opera, theater, and literature. She probably producedmade about approximately 400 photographs until her death. A large collection of her photographs can be seen at the Metropolitan Museum in New York.

The most important female artist-photographer of the 19th century would have to beis Julia Margaret Cameron (British India, 1815 – 1879). Her soft-focus close-ups (she was the first photographer to use close-ups) and portraits of famous Victorian men, as well as her intimate portraits of women and children, religious allegories and literature references, gained her fame during her own lifetime and far beyond. Cameron was gifted a camera by her daughter in 1863. She had returned to England in 1945 after  having livinged in South Africa and India  for years and giving birth to 11 children. In 1865, she became a member of the Photographic Society in Scotland and started to sell her prints through a gallery in London; she also  and had her first solo exhibition that year. She considered herself foremost an artist, but her photography earned her family extra income at a time when her husband’s investments were not so profitable. Also, in 1865 the (now called) Victoria and Albert Museum in London purchased 80 photographs, and in 1868 they offered her two rooms to use as a studio, making her the first artist-in-residence at the museum. In 1875, Cameron moved with her husband back to Ceylon to be closer to her sons, who were managing coffee plantations, and this unfortunately marked the end of her photography career. She died in 1879 after a short sick bedillness. Although she only photographed for 12 years, she created an impressive body of work with over 900 photographs. Her work has been shown in the biggest art museums all over the world. Today ,her name is mentioned in every art history book and she remains an inspiration to many photographers.

Photography Basics: Learn, Practice, Create. About this event This 4-hour workshop is limited to very small groups, with personal attention for each attendee. The course is designed to provide the […]