The history of photography is a long and complex one, with many changes and developments over the years. It took multiple generations for photography to develop into the beloved art form that we’ve come to know today. While we see it as a way of creative expression and a way to show emotion to others, photography was previously seen solely as a scientific development. While photography did not officially begin until the 19th century, its origin dates back to the 5th century BCE, with the invention of the camera obscura. This early version of a camera consisted of a pinhole in a dark 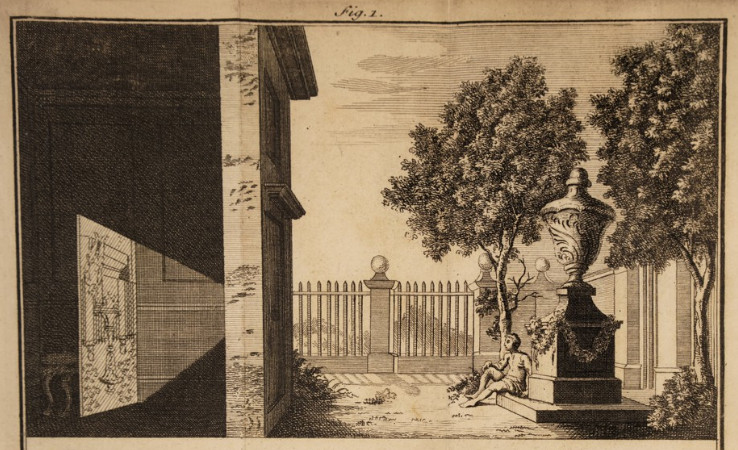 chamber pointed at an external object. This image would then be projected onto a screen or wall for viewing. The ancient Greeks were the first to use this type of device to create visual images of the world around them. As the camera obscura became more sophisticated over time, so did the images it was able to produce. These early “photographs” were taken purely for entertainment purposes and couldn’t capture a moment the way photographs can today.

The advancements that led to the creation of photography began in 1717 with Johann Heinrich Schulze’s discovery that a silver nitrate solution would darken when exposed to light. He began experimenting with this chemical solution and found that it produced a negative image when exposed properly to light. He then coated a glass plate with silver nitrate and placed it in a box along with a light-sensitive surface called silver chloride. When placed in the box, the silver nitrate would darken while the silver chloride would be left unaffected, resulting in an image on the glass plate that was the reverse of the scene outside. He called this new process photogenic drawing because it produced a visible drawing from a light-sensitive surface. During this time, photographs were mostly used to take pictures of scenery or portraits for painters and other artists to reference in their works.

It wasn’t until the late 1880s that art photographers began to gain recognition for their skill and artistic vision. This coincided with a growing appreciation for the aesthetic qualities of the camera obscura and the emergence of new darkroom techniques that made it possible to manipulate and improve photographs. In the late 1800s and early 1900s, many prominent artists began incorporating photography into their works; these included Marcel Duchamp, Man Ray, Ansel Adams, Edward Steichen, Imogen Cunningham, Paul Strand, Alfred Stieglitz, and many others. By the end of the century, photography had gained widespread acceptance and was being recognized as a legitimate art form in its own right.

However, it wasn’t until KODAK introduced the Brownie camera in 1900 that photography and film-making began to evolve into what we know today. With the first mass-produced commercialized camera available to the general public, the public’s perception of photography began to shift from a scientific perspective to more of an artistic perspective. The growing popularity of the Brownie led to an explosion of interest in photography among the public, leading many amateur photographers to begin experimenting with different techniques and developing their styles. By the 1930s, color photography was introduced, and the public’s interest in photography had grown substantially to the point where there was now a large market for amateur photographers who wanted to share their photos with others. During the 20th century, photography proved to be a useful tool in documenting the world’s events and experiences; it was also used as a tool for both personal and professional self-expression. Interest in photography continued to grow as there were more advancements in cameras and the field of photography. The Polaroid camera was invented in 1948 and was able to instantly develop and print out photos as they were taken. In 1975, the Digital camera was invented, allowing photographers to adjust various camera settings and capture images in ways that they were unable to previously. These inventions simplified and sped up the process of photography and assisted in increasing photography’s popularity.

As the world moved into the 21st century, so did photography. New and improved technologies were being developed at a rapid pace, helping to bring innovations to the world of photography. Now widely accepted as an art form and a medium for self-expression, the widespread use of photography in everyday life is what makes it such a powerful force in our world today. The integration of the camera into everyday technology helps perpetuate the fact that it is one of the most fantastic inventions of all time. To elaborate on this fact, I’ll leave you with a few closing thoughts. Photography has truly made an impact on our world over the last hundred years and will continue to do so in the years to come. It has helped shape our understanding of history, challenged our views on the world around us, and helped us to gain a better understanding of ourselves and others as individuals. We can create so much with such an easily accessible tool, and it allows for a unique form of communication that no other medium can rival. Whether you use this medium to produce art, a simple family photo or showcase the happenings around the world, everyone who takes part in photography is part of a vast family using the camera as a means to connect.

Before I leave you for today, I would like to leave you with a couple of links where you can learn more about the history of photography and related topics, writers of which may be much more in-depth and concise than I am; Please enjoy their efforts.

The blog is written by Lucas Campoe and edited by staff

Roger Ballen’s Asylum of the Birds

The Florida Museum of Photographic Arts (FMoPA): Photography is central to contemporary life and culture. It captures history, transports us instantly, and broadens our perspective. Through photography, we come as […]

Join us on December 9 at 5 pm for our Members’ Show Reception. We will provide light refreshments and announce 1st, 2nd, and 3rd place winners from each category, including this year’s People’s Choice award. Winners from each category will receive a prize awarded by our partners and sponsors. Thank you to all who submitted this year, and we look forward to exhibiting your work!