Photographer Griffith Davis (1923 – 1993) and Harlem Renaissance poet Langston Hughes’ (1902 – 1967) friendship began at the moment Davis stepped into Hughes’ classroom as a student at Atlanta University. Their friendship evolved from student-teacher to professional colleagues to lifelong friend. After graduating from Morehouse College in 1947, Davis became the first Roving Editor of Ebony magazine at the recommendation of Hughes to its Founder and Publisher, John H. Johnson. In 1948, Davis attended the Columbia University Graduate School of Journalism and rented a room in Hughes’ home. He would also accompany Hughes as his photographer on his freelance assignments for Ebony and the Black press.

After graduating as the only African-American in the Class of 1949, Davis used Hughes’ home as a base while working as an international freelance photojournalist for Black Star, the first privately owned picture agency in the United States. His work appeared in Fortune, Ebony, Time, Modern Photography, Steelways and Der Spiegel. In 1952, Griff Davis started his 35-year career as a pioneer U.S. Foreign Service Officer at the first U.S. Embassy in Liberia and Africa. Throughout his diplomatic career, Davis was an advisor to African governments and for the U.S. State Department. He photographed and filmed the activities of African governments and influenced their development policies in the communications, education, population and economic development arenas. As he was posted in Nigeria and Tunisia and on missions across Africa, Davis provided Hughes and Ebony with an accessible window into the emerging Independence movement in Africa and helped Hughes identify African literary talent for his book, “An African Treasury”.

The photographs in this exhibition are complemented by an exchange of letters reflecting decades of personal correspondence. Several of the photographs appeared as book covers for Langston Hughes’ books (The Ways of White Folks and Arna Bontemps/Langston Hughes, Letters, 1925 – 1967) and have since appeared on the book jackets of present-day authors. Griff Davis’ marriage to Muriel Corrin Davis in 1952 was the basis for Simple Takes a Wife of his Simple series. Davis provided input and photographs to author Arnold Rampersad for Hughes’ official biography, The Life of Langston Hughes, Volume II: 1902 to 1941.

Since Griff Davis’ death, his legacy of 55,000 images and written documentation are managed by his daughter, Dorothy Davis of Griffith J. Davis Photographs and Archives. 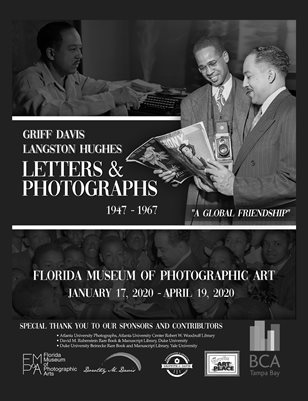 Buy the just published catalog (102 pages) for the current exhibition “Griff Davis-Langston Hughes, Letters and Photographs, 1947 – 1967: A Global Friendship” Here: https://www.magcloud.com/user/fotobygriffdavis. It contains all of the never before seen photographs, letters with some additional commentary. 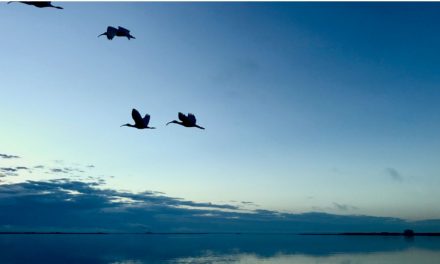 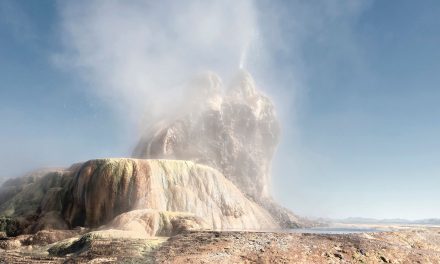 Roger Ballen’s Asylum of the Birds

The Florida Museum of Photographic Arts (FMoPA): Photography is central to contemporary life and culture. It captures history, transports us instantly, and broadens our perspective. Through photography, we come as […]

Join us on December 9 at 5 pm for our Members’ Show Reception. We will provide light refreshments and announce 1st, 2nd, and 3rd place winners from each category, including this year’s People’s Choice award. Winners from each category will receive a prize awarded by our partners and sponsors. Thank you to all who submitted this year, and we look forward to exhibiting your work!