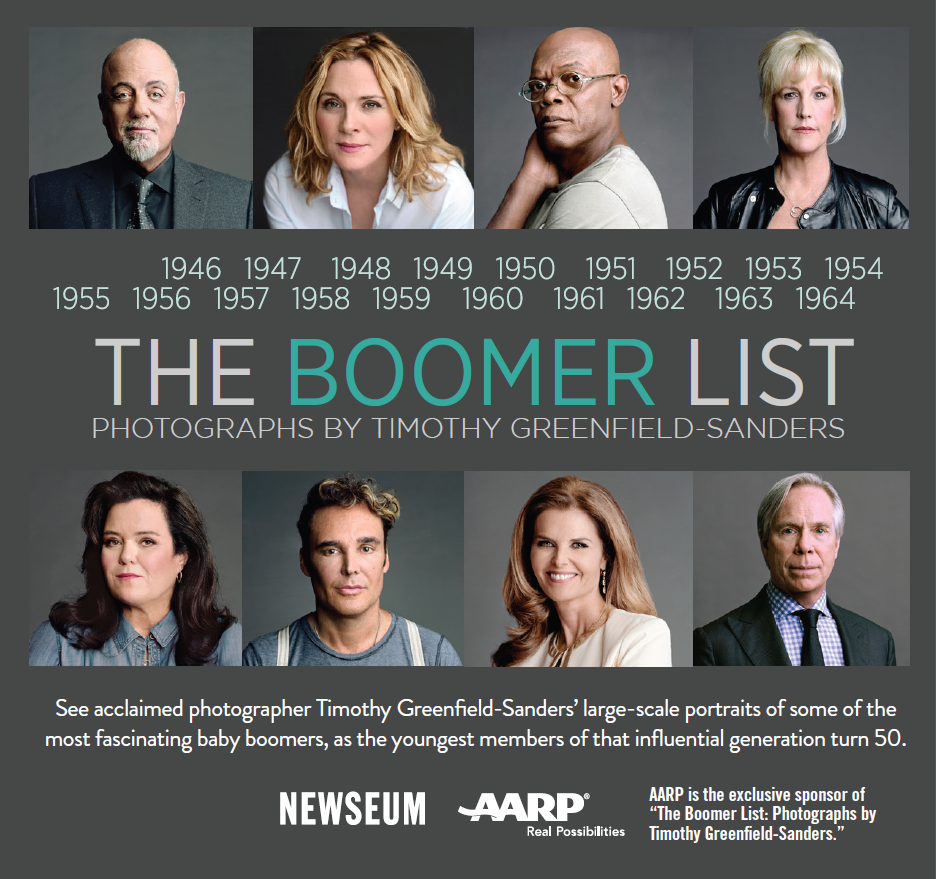 Greenfield-Sanders’ decision to create The Boomer List was decided after the last Baby Boomer turned fifty. This list includes one person from each year which have inspired, diversified, and those which have contributed to defining this generation. The exhibition, which is in conjunction with AARP, will be on exhibit at the Florida Museum of Photographic Arts from April 7, 2017 to June 9, 2017. There will be an opening reception for the exhibition during Fourth Friday, April 28, 2017.