Lost and Found in America 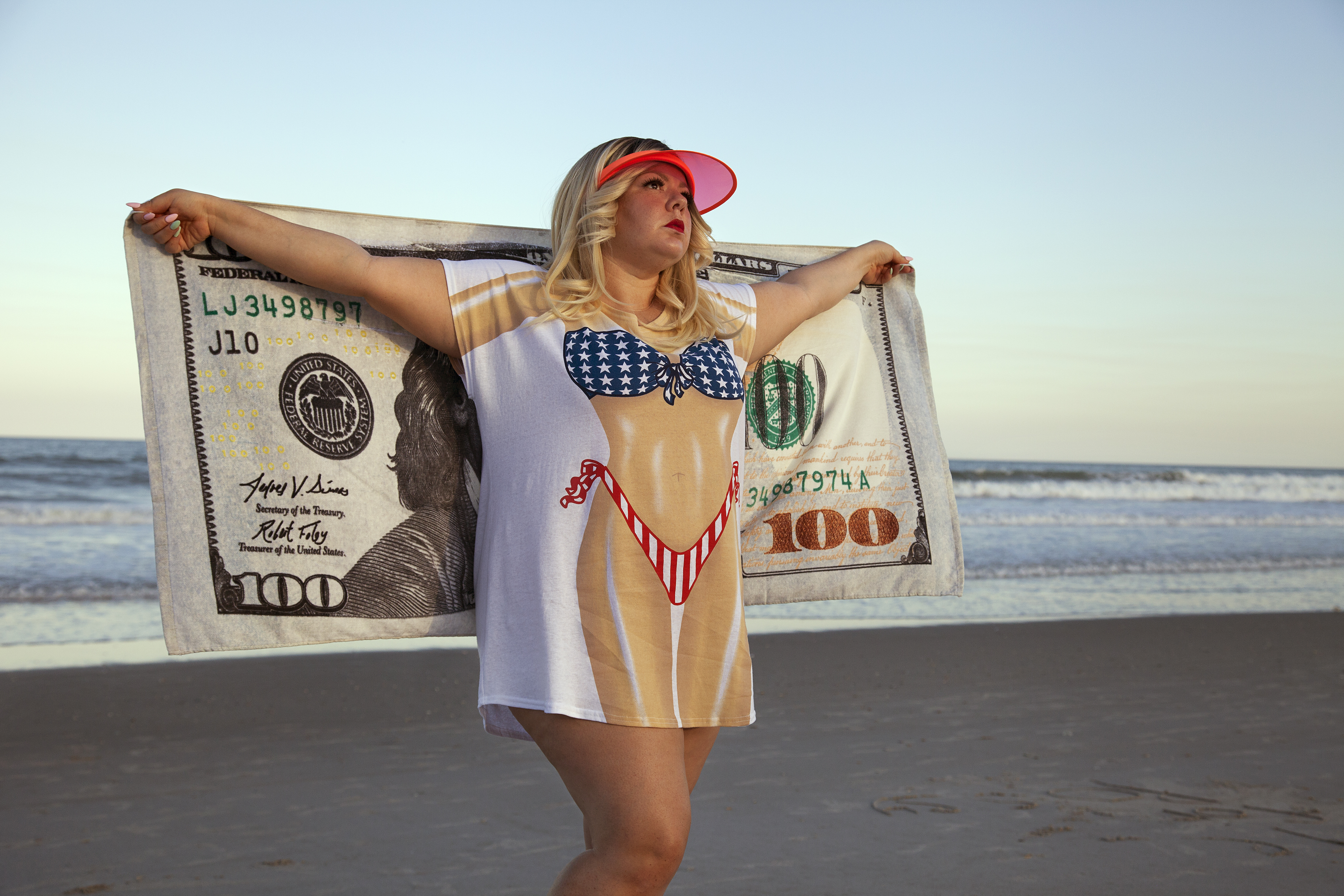 [A]lienation, loneliness, and outsider standing transform through the creative act into a meditation on power and resistance.Lost and Found in America is a group exhibition curated by Liz Dimmitt that assembles three compelling artists into a phantasmagoria on the nature of self in the context of American dreaming. Sadie Barnette composes photographs and installations that draw upon elements both grim and quotidian and recasts them in a celebratory glaze to ignite imagination. This work invites the viewer to contemplate everyday struggle as a kind of otherworldly magic. Genevieve Gaignard too works within the language of the audacious, using her body as a signifier in her self portrait photography of provocative artifice. Simultaneously embracing low brown aesthetics and penetrative notions of gender performance and racial identity, Gaignard embodies power and neurotic intensity as a means to conquer invisibility. Kalup Linzy’s theatrical works of performative gender and sexuality employ a variety of pop cultural forms such as soap operas and drag revues. These melodramatic forms allow the artist to channel the angst and isolation of “otherness” as he creates the self vibrantly anew.

In a world that is increasing focused on the projection of self through imagery, Barnette, Gaignard, and Linzy use class signifiers, pop culture and their own identities to document the contemporary American experience.