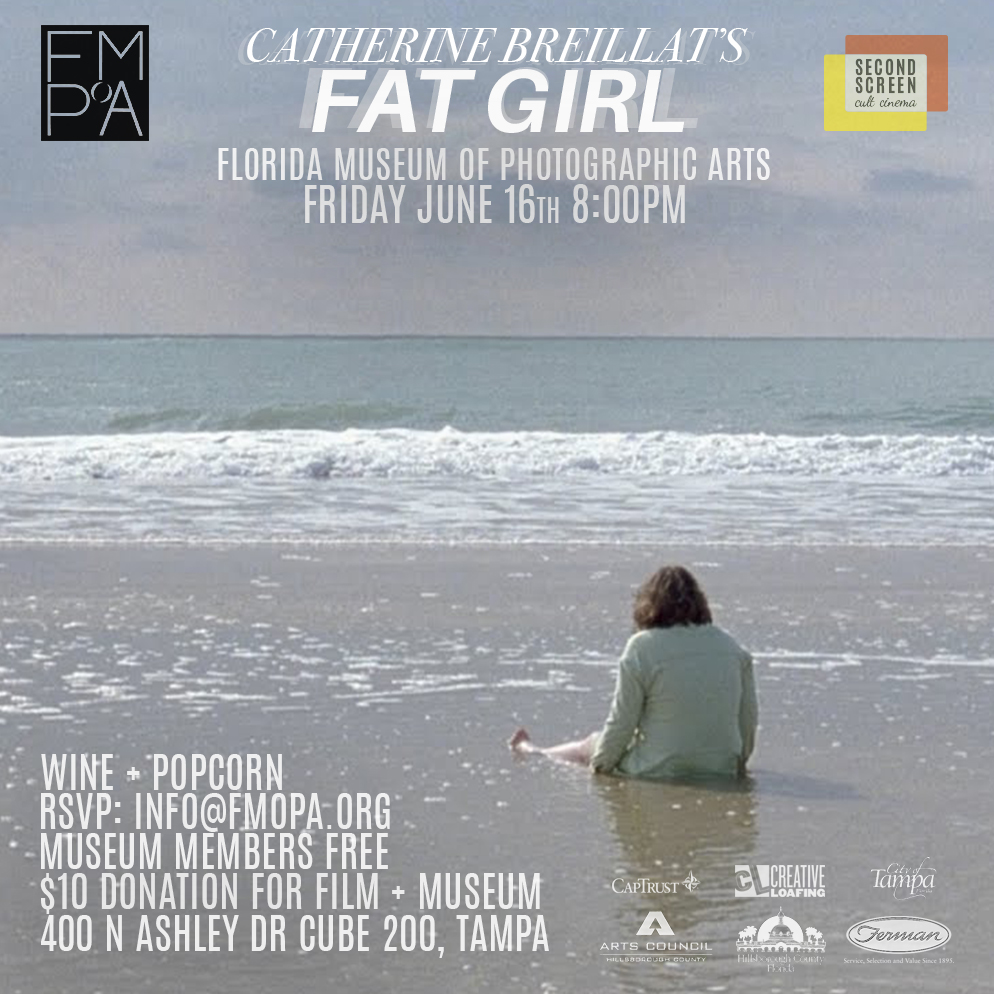 Join us at FMoPA’s film club for a screening of Catherine Breillat’s Fat Girl (2001), with an introduction from University of Tampa professor and experimental filmmaker Dana Plays

About the film: Catherine Breillat’s Fat Girl is a ruthless, blackly comic masterpiece from one of cinema’s most transgressive working directors. Breillat’s perverse feminism makes this an essential statement on teenage sexuality and corrosive male privilege, as well as an excruciating character study of a girl staring down the terror of womanhood. Breillat’s unblinking, Brechtian provocations are guaranteed to piss you off; stay after the film and we’ll chat.